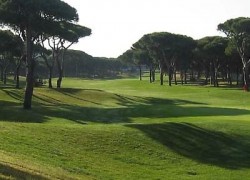 Established in 1993, the World Travel Awards are known as the Oscars’ of the tourism industry. The award recognizes excellence across all sectors of global travel and tourism.