Travel: New checks on arrival and departure to be introduced at the borders – Portugal 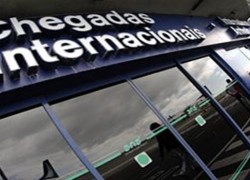 Portugal will be the first European Union country to test the “Entry/Exit System,” (EES) a new “smart borders” procedure designed to keep closer checks on the arrival and departure of non-EU citizens.

The program will be tested for the next six months, in six different countries, with Portugal being the first to start the pilot project on March 15, at Lisbon airport, it was reported.

Using state-of-the-art technology, the “Entry/Exit System” will record the time and place of arrival and departure of non-EU visitors arriving in the country and will calculate the length of the authorized stay.

The system will work in conjunction with the “Registered Traveller Programme” (RTP) which will allow pre-screened frequent visitors to the EU to travel under a simplified system using simplified border checks.

Privileged visitors, such as business people will be able to use this system on a voluntary basis, with an estimated 5 million per year expected to use the new program.

According to Portuguese Under Secretary of State for Home Affairs, João Almeida, the system was developed before the recent attacks in Paris and is now “crucial to identifying possible terrorist threats.”

He said the initiative has gained “new momentum” as a result of such threats and that Portugal was chosen to pioneer the new system in part “because in recent years it has developed a range of cutting-edge technologies in the field.”

The other five countries that are to test the system are the Netherlands, Germany, Spain, France and Sweden. The new system is expected to be in full operation in all the European Union countries between 2017 and 2018.