Travel: Mozzies can buzz off, bees must stay – Portugal 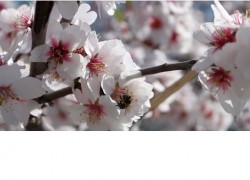 A world without mosquitoes would be a very much better place, but we are told that a world without honeybees would probably be a planet devoid of human habitation.

This is not the view of someone on holiday who has been exposed to too much sun. It is the considered opinion of many research scientists. If it is true, it is as relevant to us in southern Portugal as to everyone else across the globe.

Mosquitoes have been more irritating than usual in certain parts of the Algarve this summer. Infinitely more worrying elsewhere is that mosquitoes are responsible for spreading malaria, a disease that each year infects well over 200 million people and kills a million of them. And then there is potentially deadly yellow fever, dengue, Japanese encephalitis, Rift Valley fever, Chikungunya virus and West Nile virus, all caused by mosquitoes.

Of the 3,500 or so species of mosquitoes in the world, none of those in mainland Portugal is lethal or even dangerous, although much farther to the south, many people have been infected by the dengue virus over the last 10 months in the Madeira archipelago.

Malaria was eradicated from Portugal in the 1950s. A resurgence is possible in tandem with global warming, but the likelihood of this anytime soon is considered low. For now at least, mosquitoes on the Portuguese mainland are just a bloody nuisance.

Ecologists generally agree that insect-eating creatures that currently heavily depend on them for food would adapt rather than go hungry in a world without mosquitoes.

It would apparently be a different scenario in a world without honeybees.

The Western honeybee (Apis mellifera) is credited with pollinating a third of the fruit and vegetables grown across Europe and North America. “We can thank them for one in every three mouthfuls of food we eat,” has become a popular way of expressing in the press.

Worryingly, populations of honeybees have collapsed in recent years. Scientists are not sure why. Pesticides, especially a new class of chemicals called nicotinoids, are high on the list of suspects. The European Commission has ordered a two-year ban on the use of nicotinoids.

Bacterial diseases, fungal infections and microscopic mites are also under investigation as possible causes. Portuguese specialists are very concerned too about a predatory species of wasp, Vespa velutina, which arrived in Europe from Asia in 2004 and has been rapidly spreading ever since. It is at the peak of its bee-killing activity at this time of year.

If bees are drastically depleted further, the crops most likely to suffer include those most commercially important in southern Portugal. Almonds are said to be totally dependent on bee pollination and citrus fruits heavily so.

Portugal’s 18,000 beekeepers are watching the situation closely, not least so in the Algarve, the largest honey producing area in the country.

Over ninety percent of Portuguese producers are non-professionals with less than 150 hives. The national daily newspaper Diário de Notícias recently quoted one of them, Gualdino Dias, 74, who is devoting more time to beekeeping now that he has retired. Producing large quantity of honey is laborious, he said, “because beekeeping is like music – it never ends.”

The trouble is, beekeeping may well end if ways are not found to check the current collapse in the bee population. At least that is how it is being generally reported.

TIME magazine is running a six-page cover story in its latest edition headlined “A World Without Bees.” It quotes Jeff Pettis, the research leader at the US Department of Agriculture’s Bee Research Laboratory: “The take-home message is that we are very close to the edge. It’s a roll of the dice now.”

But hang on, is this not just another example of over-emotional sensationalism based on incomplete or wonky science?   Maybe. Maybe not.

Albert Einstein is widely quoted as having predicted long before there was any hint of a problem: “If the bee disappeared off the face of the earth, man would only have four years left to live.”

Actually, there is no documented evidence Einstein ever said this at all.