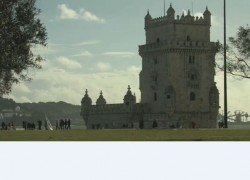 The Food & Wine magazine has named Lisbon, Portugal, one of the world’s most romantic cities. Lisbon is one of the top 10 cities named by the magazine, after San Sebastian (Spain), Edinburg (Scotland), Paris (France), San Francisco (USA), Fez ( Morocco) and Prague (Czech Republic).

According to the magazine, the 24 selected cities were ranked for their vistas, architecture and food which may inspire passion and even marriage proposals.

As for Lisbon, reasons to pay a visit include: “[…] the past, its glorious old buildings house new restaurants, clothing boutiques and museums that have made the city one of Europe’s hippest—and most affordable—cultural destinations.”

Lisbon, the capital of Portugal, with a population of nearly 2 million, is renowned for its cosmopolitan character and high quality of life. In 2012, the city was named European City of the Year by the Academy of Urbanism in London, England. Most recently, Lisbon was voted “Top Destinationin Europe” by TripAdvisor.

Established in 1978, Food & Wine is a most popular international magazine published by American Express Publishing (USA) dedicated to the love of eating and drinking, travel and entertaining.