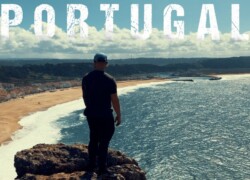 The Azores and Madeira along with mainland Portugal have been officially given the green light by the British government for holiday visits when the UK lifts ifs overseas travel ban on May 17.

Only 12 countries worldwide, most of them distant, have been included in the least restrictive category on the UK’s so-called green, amber and red ‘traffic light system’.

The announcement has come as a huge relief to the vital Portuguese tourism sector that has long been at a standstill due to of the COVID-19 international lockdowns.

Portugal and the autonomous regions are considered COVID ‘low risk’ and thus among the safest destinations.

The only other green list places on relative short flight routes from the UK are Gibraltar, Iceland, the Faroe Islands and Israel. The rest, including Australia and New Zealand are in the far south.

Spain, Italy, France and the United States, all hugely popular destinations, are among the many countries left off the green list. They are considered higher risk and rated amber.

As Portugal is the first Mediterranean destination to make it on to the green list, the number of flight and accommodation bookings immediately began to surge.

For now, the new arrangement only applies to England. The arrangement will be reviewed every three weeks. Decisions on overseas travel from other parts of the United Kingdom are expected soon

On the downside of all this, airlines and travel agencies say the traffic light system is over-cautious and more countries should be on the green list. It has also been pointed out that holidaying prices could considerably increase and passengers are likely to face delays at airports because of extra COVID paperwork checking.

UK transport minister Grant Schapps said on Friday: “Today marks our first step in our cautious return to international travel, with measures designed above all else to protect public health and ensure we don’t throw away the hard fought gains we’ve all strived to earn this year.”