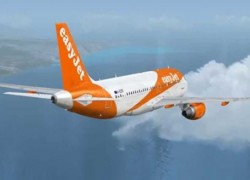 Under the new agreement between the central and regional governments, domestic flights from mainland Portugal (Lisbon and Porto) to Ponta Delgada (São Miguel) and Lajes (Terceira) have been liberalized.

London based low-cost easyJet was the first foreign carrier to take advantage of the new liberalization policy by establishing four flights a week between Lisbon and Ponta Delgada, starting March 29.

Ireland based low-cost Ryanair has also established a base in Ponta Delgada. Effective April 15, Ryanair will start two flights per day to Lisbon, six weekly flights to Porto and a weekly service to London. The move will represent a $100 million Ryanair investment in the Azores and will deliver around 350,000 passengers per year.

Other low-cost foreign carriers, such as Transavia, Vueling and Binter Canarias have also expressed interest in establishing additional routes between the Azores and mainland Portugal.

At the beginning of the year, Ryanair had reported being in discussions with the Government of the Azores about establishing international budget flights from the Azores to North America within five years. Last week, Ryanair announced that it had abandoned its transatlantic flights project for the near future. The plan would have offered low-cost flights between 12 to 14 European cities and the same number of United States cities with stopover on the Azores.