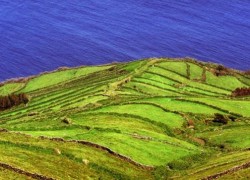 The Azores became officially the 2014 “Preferred Destination” of European Travel Agents’ and Tour Operators’ Associations (ECTAA), according to a protocol signed this week by representatives of the Government of the Azores and ECTAA’s representatives.

The distinction will bring added benefits to the Azores in the promotion of the archipelago as a quality tourist destination.

According to the protocol, the Azores will benefit from a series of actions intended to disseminate the information and promotional materials of our destination, such as the ECTAA site, newsletters, public presentations and other initiatives.

In addition, the Azores will also have the opportunity to establish contacts with travel agents and tour operators that are part of this association as well as with all ECTAA members.

In March this year, the Azores were also named “Preferred Destination” of the Portuguese Association of Travel Agencies and Tourism (APAVT).

Established in 19661, ECTAA stands for the “Group of National Travel Agents’ and Tour Operators’ Associations within the EU.” An international non-profit association under Belgian law, whose offices are located in Brussels, Belgium, ECTAA represents the national associations of travel agents and tour operators of the 15 Member States of the European Union.