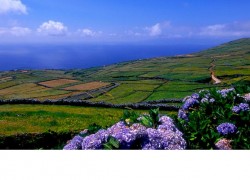 An international panel has presented the Azores, again, with the QualityCoast Gold Award as the best European most sustainable holiday destination.

The award was announced Monday, in Gozo, Malta, at the Year on Coastal Tourism event, during the 6th edition of European Maritime Day Conference.

Last year, the Azores were bestowed with the same award. Two years ago, they were the recipients of the QualityCoast 2011 Bronze award together with Madeira.