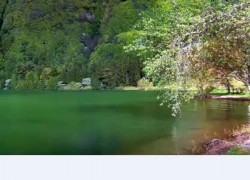 The editors of Fodor’s travel guide publishing named the Azores one of their 25 best places to visit in their GO List for 2013nature, mild climate and European culture of the Azores Islands, just four hours from Boston, make the islands the closest and one of the more affordable destinations in Europe.

Accordingly, the unspoiled nature, mild climate and European culture of the Azores Islands just four hours from Boston, make the islands the closest and one of the mostaffordable destinations in Europe.

Since 1936, Fodor’s Travel experts, including more than 500 global contributors, are continuously searching for up and coming, fresh destinations and experiences for passionate travelers, adventure-seekers and budget explorers alike.

The Fodor’s Travel Intelligence highly-anticipated third annual GO List covers everything, from rising destinations and hot cities, to significant events over the next year and great values around the world.

According to Fodor’s, its senior editorial team started with a list of 75 destinations and ultimately whittled it down to 25 for this year’s “Go List.”

Fodor’s Travel publishes up to 85 guidebooks each year, with local correspondents covering over 7,500 destinations around the globe

Recently, the Azores were named the world’s second most appealing islands destination in its fourth annual Destination Scorecard survey. After a panel of 522 experts reviewed conditions on 111 islands and archipelagos, the Azores received the title of “Authentic, unspoiled, and likely to remain so.”