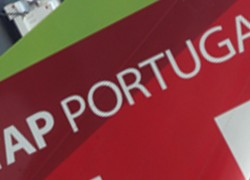 The strikes will take place on October 30/ November 1 and November 30/ December 2. Significant disruption to all TAP routes is expected, affecting 30,000 passengers at a cost of Euro5 million a day.

The airline cabin workers are claiming violations of contracts resulting in “a continuous and systematic degradation of work conditions.” The  grievances include scheduling issues and a lack of staff. Issues of rest time between flights and the right to take at least one weekend off in seven were also cited.

According to Luciana Passo, the vice-president of the union, contracts and agreements “have been violated” due to “unilateral interpretations of the law” by TAP management. She added that working conditions agreements with the company “have not been fulfilled.”

On its website, TAP urges passengers to reschedule their flights due to the impending strike action by union members. Accordingly, “TAP is authorizing date changes free of charge within the same cabin and tickets validity, or its refund.

In order to do so, “passengers should contact TAP through the Contact Center or their Travel Agencies” the site stated. TAP also informed that “flights operated by PGA Portugália Airlines will not be affected, as well as the flights established to operate as minimum services.”

Travelers are advised to confirm the status of their flights before heading to the airport. TAP is advising passengers to check their bookings here and do the online check-in if the flights are confirmed. This option is available up to 72 hours prior to departure, despite some exceptions depending on the destination.

TAP Air Portugal is Portugal’s national flag carrier, operating in the United States from Newark (NJ) and Miami (FL). Strikes are being staged as the Portuguese government prepares to sell the state-owned airline.