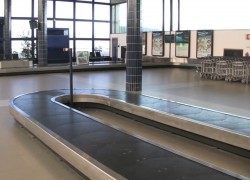 A partial air traffic controllers’ strike in Portugal, scheduled for Thursday and Friday, is forcing the cancelation and/or rescheduling over 300 flights, due Air Traffic Controllers (ATC) stoppages scheduled for three periods a day this week, between May 17 and 18.

Many more flights to and from Portugal will be disrupted over the next few days. More walkouts will be staged over three two-hour periods on May 24 and 25.

According to union leaders, the strikes are due to the “continued” lack of answers from the government regarding “unparalleled instability within the company”.

Many international airlines have been cancelling services while others have been retiming flights to avoid the strike periods. Travelers are advised to contact their travel company or airline for further information before flying to or from Portugal.

Last week, TAP Air Portugal had canceled about 30 flights to and from domestic and Western European destinations on Friday, May 11, due to a five-day series of partial air controller strikes.

In a separate development, Azores-based SATA International also announced a three-phased nine-day strike planned for April and May. The strike was phased out and called off as of May 17th. SATA International is the only commercial airline providing direct flights between the United States and the Azores.