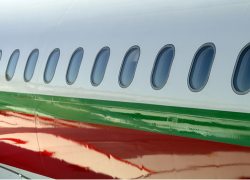 Following days of consecutive failed negotiations, pilots of Portugal’s national flag carrier have confirmed yesterday that they are going ahead with a 10 day strike, starting Friday, May 1.

Poor working conditions, and the government plans to privatize TAP Air Portugal, were cited by TAP Air Portugal’s Pilots Union (SPAC) as reasons for the strike. Pilots are protesting the ongoing privatization process by demanding to acquire 20% of the company when it is privatized later this year. TAP employs over one thousand pilots.

TAP Air Portugal is advising “passengers to rebook their reservations to other dates, without any cost, or to cancel and request a travel voucher, to be used within 1 year on TAP flights, in order to mitigate as much as possible the effects” caused the 10 day strike.

In a public announcement, TAP apologizes for the difficulties which may occur, stating that its services “have been working intensively to arrange the best possible solutions, in order to minimize the impact of a 10 day strike.”

“We inform our passengers, beforehand, of the difficulties that our services at the contact center and airports are experiencing in responding promptly. However, we assure our passengers that we are doing everything in our reach to solve the situations that come to our attention,” adding that, “ Relevant information related to our operation will be updated regularly on our usual communication channels.”

The strike is expected to ground thousands of flights affecting over 350,000 passengers, with losses estimated to reach tens of millions of euros estimated  at over € 70 million. The tourism industry will be directly affected with losses forecast at €28 million a day for the duration of the strike.

TAP Air Portugal, the state run flag carrier, reported a 2014 loss of €46 million ($50.4 million), reversed from a net profit of €34 million in 2013. This is the company first loss after five consecutive years of profit, mainly due to a series of strikes occurring last year.

The pilots’ walkout is part of a series of ongoing strike actions by public transportation labor groups resisting government efforts to reform the sector.

TAP Air Portugal’s privatization is part of a plan to sell Portugal’s public assets to meet the obligations set by the €78 billion financial bailout signed by Portugal in 2011 with the European Commission, the International Monetary Fund and the European Central Bank.

Related on the web