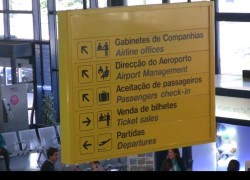 According to SAPC, the airline pilots’ union, “Given the dialogue that has opened up over the last few days, the pilots have decided to cancel the two planned strikes,” a statement said.

Hundreds of flight cancelations were expected following the strikes. The strike would have affected 320,000 passengers and cost the company 65 million euros ($81 USD million). Yet, due to the strike announcement about 14,000 tickets were cancelled or went unsold, the company said.

Pilots are protesting against disciplinary measures taken against some of their pilots and demanding de departure of several members of management.

According to SPAC, the airline pilots’ union, pilots demanded that the Flight Operations director and the Chief Pilot are dismissed immediately and that all unjustified absences and sanctions imposed in the pilots arising from unilateral action by the company are cancelled.

State owned and managed, TAP Air Portugal is due to be privatized by the end of the year.