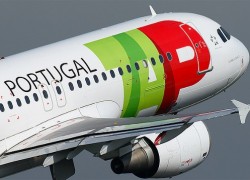 TAP Air Portugal cancelled 468 flights in June and July, around 2.3% of the total, more than double the cancellation rate of the previous five months, according to the latest figures revealed by the company to its workforce.

Nevertheless, Pinto stressed, TAP has been in recent years “one of Europe’s most regular companies”. The situation is, he added, “practically normalized” although “a lot of work” lay ahead over the summer.

At the end of July, TAP announced “exceptional measures” to reward employees for overtime worked since 1 June to minimize the impact of disruptions on passengers. The following day, TAP pilots voted to  to protest to strike on 9 August worsening work conditions are force the company’s sole shareholder, the Portuguese state, to talk to unions to discuss the company’s situation.

Last month, TAP Air Portugal had cancelled 37 flights due to the failure in the delivery of six new aircraft that should have been delivered in July. The company has been leasing aircraft and crews from outside carriers to minimize the inconvenience.

Most of the recent disruption has been caused by the failure of new planes to arrive that TAP had ordered to cope with an expansion in its route network. However, many union members have also been implementing a work-to-rule decision that means they will not take on overtime.