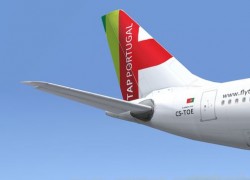 The majority of the labor unions representing TAP Air Portugal workers are calling off a four-day general strike announced for December 27 through December 30.

On Thursday, according to TAP Air Portugal “latest Information,” the strike had been called off “by most unions,” allowing the company to ensure its regular operations. “Passengers can now reinstate original bookings, should they wish so, according to availability and through the proper channels,” the announcement said.

The strike was called in protest against plans to privatize Tap Air Portugal in the coming months. Last month, the Portuguese administration had announced new plans to sell up to 66% of the national air carrier, after a failed attempt in 2012. TAP employs 12,000 workers.

On Wednesday, only 9 of the 12 sector unions had reached an agreement with the government by accepting the sale of two-thirds of the company.  Three major national unions, namely the National Union of Civil Aircrew Aviation (SNPVAC), the Union of Workers of the Aviation and Airports (SITAVA) and the National Union of Civil Workers Aviation (SINTAC), were still working with the government to reach an agreement.

Last week, evoking “extraordinary measures” the government of Portugal had issued an executive order – a special “Labor Requisition” – to prevent TAP Air Portugal from striking during the busiest days of the holiday season. The executive order was followed by a rule, issued by the Portuguese Arbitration Court, mandating “minimum services” during the strike as required by law.

TAP Air Portugal is Portugal’s national flag carrier, operating in the United States from Newark (NJ) and Miami (FL). Passengers with flights for the December 27-30 period are advised to contact TAP through the TAP Contact Center or their travel agencies. Passengers may also contact TAP Portugal at www.flytap.com  and at Lisbon Airport www.lisbon-airport.com