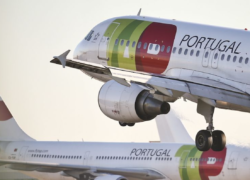 The workers’ action, supported by the airliner pilots, is in response to a proposed new workers’ contract presented by the carrier.

According to the notice, the workers demand the replacement of lost salaries and benefits resulting from the current company’s restructuring.

The notice also claims the “lack of respect that TAP has shown towards the crew” and the “more than questionable management decisions that end up having a direct and indirect impact” on the lives of its workers.

The strike action was announced the day after Chief Executive Officer, Christine Ourmieres-Widener,  warned that a strike at this time would be a disaster for the company.

This pronouncement was followed by a statement by Ricardo Penarróias, president of the National Civil Aviation Flight Personnel Union, pointing out that crew members feel marginalized in the context of TAP’s restructuring plan and demand compensation for the sacrifices made during the last two years, resulting in profits for TAP “at the expense of the crew workers.”

The Portuguese airline posted on Wednesday the rare net profit against a loss of €134.5 million reported the past year.

The Portuguese air carrier,  which is 72.5% state owned, is in the process of privatization while restructuring its operations under a Brussels-approved € 3.2-billion rescue plan.

The restructuring includes downsizing its fleet, cutting about 2,900 jobs and reducing wages of most workers by 25%.