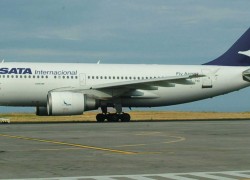 Strikes were staged by SATA airline on April and May of last year over budget reductions, job security, layoffs and pay cuts between 3.5% and 10% in gross wages.

In a separate development, the government owned Azores-based SATA airline has revealed last month a record loss of € 15 million in 2013.

Travelers are advised to contact their travel agents and/or SATA airline for further information before flying to or from the Azores and/or mainland Portugal during the period affected by the strike.

Based in the Azores, SATA Airlines provides service linking the nine islands of the Azores with Portugal’s mainland, Europe and North America.