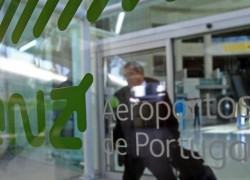 Portuguese ground handling baggage workers, at Lisbon Portela Airport, will go on a five-hour strike next week, July 31, from 9:00am to 3:00pm local time.

Flights to and from Lisbon will be delayed at the airport with disruptions in luggage services.

The strike is being called by the Union of Workers of the Aviation and Airports (SITAVA), challenging that baggage handlers at the Portela Airport  have not had a pay raise since 2008 and protesting against the privatization of the sector.

SITAVA spokesperson, Fernando Henriques, told the press that although delays were expected ,the use of temporary workers and contractors should minimize the impact of the stoppage.

An official source TAP devalues ​​the impact of the strike, considering that the ground handling service will not be affected by the protest action.