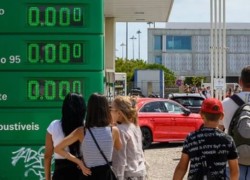 This is the second general strike by Portuguese fuel-tanker drivers this year. The action is affecting general transportation, including airport travelling, as millions of tourists arrive for a summer break.

In preparation for the stoppage, the government declared a national energy emergency, announcing a number of measures to guarantee fuel assistance to critical sectors such as ports, airports, military bases, hospitals, fire stations, civil protection agencies and some 320 public gas stations spread across the country.

“The objective of the energy crisis situation is to guarantee essential energy supplies for the defense, the functioning of the State and priority sectors of the economy, as well as the needs fulfillment of essential services of public interest and the fundamental needs of the population,”  reads a pronouncement by be the Council of Ministers.

The state of energy emergency, declared for the whole country, will allow the government to take special measures such as mobilizing the army to ensure critical fuel supplies.

August 21 was the date set for the end of the strike, but the government said it believed the conflict could be resolved before that date.  The unions representing the workers have stated that the strike can last for an indeterminate time period.