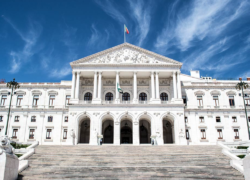 Portugal Council of Ministers lifted today the ‘State of Calamity’ downgrading it to the ‘State of Contingency’ across the 19 Greater Lisbon parishes, including Lisbon Metropolitan Area.

The Minister of the Presidency, Mariana Vieira da Silva, justified the new ruling as a “positive evolution observed in the last month,” resulting from a reduction of about 30% in the cases in the region of Lisbon and Tagus Valley.

For the Minister for Internal Administration, Eduardo Cabrita, there is no longer any reason to differentiate between these parishes and others around them, as cases of the virus have shown a “very significant level of stabilization.”

“We cannot drop our guard regarding this very intense and coordinated approach between central administration and municipalities. We want to guarantee an August with health and security that allows us to protect the return to activity, particularly the reopening of schools.” he said.

Currently, most of continental Portugal remains in a ‘State of Alert” since July 1, while the areas around Lisbon remain the worst affected in Portugal.

According to the Council of Ministers last dispatch, new adjustments were made to the existing rules applicable to air traffic and airports.

However, it was determined that passengers on flights originating in countries, considered to be an epidemiological risk, could be denied boarding an aircraft if they fail to present proof having tested for of COVID’19 with negative result, performed within 72 hours prior to the time of departure.

As a result, any passenger on a European flight with a body temperature of 38º or higher will be immediately held and directed to the health support structures at any national airport.

NOTE TO US TRAVELERS: The Government of Portugal currently prohibits non-essential (tourist) travel to Portugal by U.S. citizens. However, some airlines continue to sell tickets for travel between the United States and Portugal. Please confirm your eligibility to enter Portugal with the airline and review the airline’s policy on refunds before purchasing tickets. Terms & Conditions may change on a daily basis. Before booking visit the US Embassy in Portugal.

According to the last epidemiological bulletin of the Directorate-General for Health (DGS), released on Thursday, of the 255 new COVID’19 diagnoses, 176 were reported in Lisbon and Tagus Valley, a region where there were two deaths from COVID’19.

The Azores confirmed today an addition positive case of COVID’19. The new case relates to a 46-year-old man, not resident in the Azores for two years, who returned home, on Tuesday, on a flight from North American.

In total, there are 17 currently active COVID’19 positive cases in the Azores. São Miguel (16) and Terceira (1). Since the beginning of the pandemic, 172 cases of COVID’19 infections were confirmed.  A total of 16 deaths were recorded.

Madeira confirmed a total of 106 cases of COVID’19 since the beginning of the pandemic. No deaths were reported.

The United States is the country in the world with the most deaths (over 150,000) and the most confirmed cases of infection (almost 4.3 million).