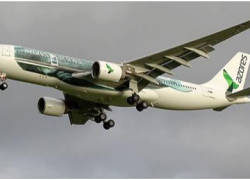 The cabin crew of SATA International /Azores Airlines will stage a strike on June 1 and June 2, according to a statement released to the press by the National Union of Civil Aviation (SNPVAC).

According to a statement, all passengers booked on SATA International / Azores Airlines flights for June 1 and June 2 are advised to change their travel plans or request reimbursements.

“All passengers with flights on these dates may alter their voyage or request that their ticket be reimbursed, without additional costs, through the usual sales channels,” the statement said.

Cabin crew members of SATA International/Azores Airlines had staged a strike on May 1 and 2, affecting more than 1,300 passengers.

The standstill also affected “additional services, such as assistance, reservations, on ground tasks, and any other tasks demanded by the management.”