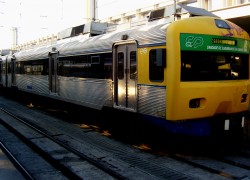 Transportation public workers in Lisbon and Porto are staging a slowdown for the rush hours on Tuesday to protest against cuts in salaries and layoffs. The slowdown was expected to last through Saturday as new announcement were being made. Public transportation is expected to be specially affected Friday following the announcement of 10 train cancelation.

A strike by transportation workers of Comboios de Portugal (CP), the national railway network, is scheduled for next Thursday.

Unionist Amável Alves, from the Federação Sindical dos Transportes e Comunicações (FECTRANS) told LUSA news that workers are aware of the inconvenience for the commuters, but reminded that “workers only decide to strike when they don’t have an alternative.”

The government sources have said public transport companies together have debts amounting to  17 billion-euro (about 10% of annual gross domestic product) and are on  the verge of financial collapse.

The center-right government of Prime Minister Passos Coelho  is locked into a plan of austerity measures which include pay cuts and tax hikes in return for a 78 billion-euro ($107 billion USD) bailout loan Portugal negotiated in May with its European partners to avoid bankruptcy.

A general strike has been scheduled for November 24, after the two largest Portuguese union federations agreed in October to stage a national shutdown in protest against the newly proposed government austerity budget measures for 2012 and 2013.

Unionists argued that the budget cuts, proposed by the center-right government of Prime Minister Passos Coelho, will eliminate thousands of public and private jobs and will result in across-the-board tax hikes that will impoverish the country further, sending Portugal into a deeper recession.