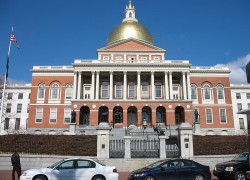 State Rep. Antonio F.D. Cabral, (D-New Bedford), has been appointed  to serve on the joint legislative committee on redistricting, a powerful position in the drafting of the  new district lines for all Massachusetts state representatives, state senators and U.S. congressmen for the next decade. There are 7 senators and 21 representatives on the committee.

The committee has been challenged for transparency after Democratic members of the Legislature overruled measures in the House and Senate to appoint an independent panel to oversee redistricting.

The Massachusetts Legislature is charged with drafting the 160 state representative districts, the 40 state senate districts and the federal congressional districts after every U.S. Census.