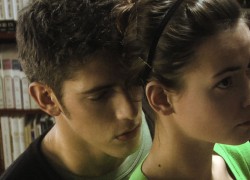 The 6th Toronto International Portuguese Film Festival (TIPFFestT) is being held from November 11 through November 13, featuring films from Portugal, Brazil and United States.

According to TIPFFest, this year’s the festival highlights Portugal’s uniqueness with documentaries exploring Port Wine and Fado and hosts its first ever youth night dedicated to all young people in Toronto. A space was created where young people can see inspiring films and hear great music from the Luso-Can Tuna Group.

TIPFFest is a non-profit charitable organization which main objective is to create a platform for Luso-Canadian filmmakers and to encourage the promotion of the understanding of Portuguese culture through the art of cinema. The festival also hopes to raise cultural awareness and to stimulate Canadians in understanding of Luso-Canadianism and the Portuguese cultures throughout the world through the art of film.

The venue address is Casa do Alentejo, 1130 Dupont Street. All screenings are admission free.