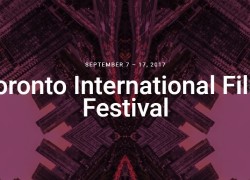 Filmgoers in Toronto, Canada, will be among the first audiences in North America to see four new Portuguese productions and co-productions at the 42nd annual Toronto International Film Festival (TIFF). The Festival runs September 7-17, 2017.

The Nothing Factory (A Fábrica de Nada) by Pedro Pinho, centers on a dispute between factory employees and management. The film makes its North American debut after winning a FIPRESCI critics prize at the Cannes Film Festival in France.

Lucrecia Martel’s latest film Zama is a multi-country production based on a 1956 novel by Argentine writer and journalist Antonio di Benedetto. 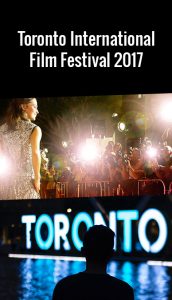 The Azores and floral imagery serve as a backdrop for the short film, Flores (director: Jorge Jácome), which will make its overseas festival debut at TIFF.

Drop by Drop (Água Mole), an animated short about the inhabitants of a small village by Alexandra Ramires (Xá) and Laura Gonçalves, has also made TIFF’s lineup.

In recent years, Portuguese films have garnered increasing critical and festival attention. Along with the interest in home-grown cinema, a new tax incentive for international film productions in the country was recently launched.

The refundable tax credit can be applied to a portion of production costs for feature films based in Portugal. Covering between 20% and 25% of costs for productions between 1 million and 4 million euros, eligibility for the rebate is dependent on a cultural relevancy test.

Although the tax rebate is intended to attract international productions, there have been several projects that have recently filmed in the country, including That Good Night (2017) and The Man Who Killed Don Quixote (2018).

Established in 1977, the Toronto International Film Festival is dedicated to presenting “the best international and Canadian cinema to film lovers.” The event offers screenings, lectures, discussions, festivals, workshops, industry support and the chance to meet filmmakers from Canada and around the world.