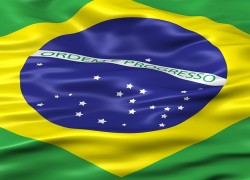 Since 1984, this annual festival celebrates Brazil’s Independence Day, Brazilian culture, heritage and rich musical tradition. Artesian crafts, two stages for live music and food stands feature traditional dishes such as moquecas, acarajes and abaras will take place in in Manhattan’s Little Brazil, a 25-block area, for an expected turn out of over a million people.

The festival opens Saturday, September 3, with the Brazilian Cultural Parade starting at 44th Street, from 11am to 1 pm. 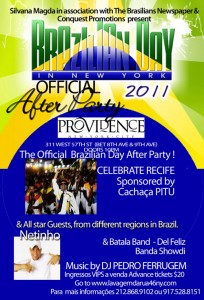 The Brazilian Day Festival is the largest Brazilian event outside Brazil, attracting thousands of visitors from all over North America and from abroad.

According to the organizers, in 2010 the event attracted more than 1.5 million participants, becoming one of the most popular events taking place in New York City.

The Brazilian Day Festival is an initiative of the newspaper “The Brazilian”, the Brazilian-American Cultural Center (BACC) and TV Globo International.

It is estimated that over 1 million Brazilians live in the United States, 500 thousand in the New York City area, 100 thousand alone live in the Borough of Queens, New York, the largest Brazilian community in the country.

According to the calendar, the Independence Day of Brazil, commonly called “Sete de Setembro” (7th of September) is a national holiday observed in Brazil every year. The date celebrates Brazil’s Declaration of Independence from Portugal on September 7, 1822.