The week: News of smiles and smacks – by Len Port 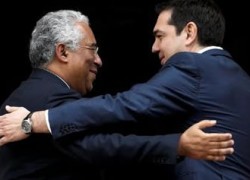 Among this week’s broadest smiles and fondest embraces were those between Portugal’s Prime Minister António Costa and his Greek counterpart, Alexis Tsipras. Weekend talks at the Maximos Mansion in Athens between the leaders of two of Europe’s most financially troubled nations ended in agreement to demand that other EU leaders “change course” on “self-defeating” austerity. Expect frowns and shaking of heads in response. 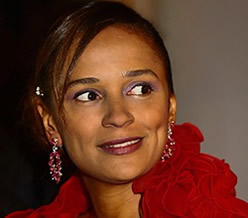 Angola’s Isabel dos Santos had good reason to smile. After 15-months of negotiations with Spain’s Caixabank, she cut a last-minute deal to sell her stake in Banco BPI, allowing Caixabank to take control of Portugal’s fourth-largest lender. As a result, she has been able to take over an Angolan bank, Banco de Fomento Angola, and have it quoted on the Lisbon Stock Exchange.

João Soares, the former mayor of Lisbon and son of former Prime Minister and President Mario Soares, resigned as minister of culture because of remarks on Facebook in which he threatened to slap the faces of two newspaper columnists who had called him incompetent and rude. One of the hacks huffed that Soares’ threat amounted to “an attack on freedom of expression and the constitutional rights of citizens.” It took more than a couple of slaps to introduce those rights. Actually, it took a revolution. One of the leading figures behind the freedoms that followed that April event 42 years ago was João Soares’ dad. Perhaps it’s time for Soares Sr to have a word with his son about taking freedom too far.

Twelve years ago, political commentator Marcelo Rebelo de Sousa resigned from the TVI channel because he was being pressurized to stop being so critical of the government. Last week Portugal’s armed forces chief, General Carlos Jeronimo, resigned after being pressurized by the minister of defence over remarks made by a subordinate about gays. It says quite a lot about freedom or expression and pressure. The general’s resignation was accepted by the new President of the Republic, none other than Marcelo Rebelo de Sousa.

Strict Catholics in Portugal and everywhere else will be pondering whether parts of Pope Francis’ missive published last weekend were perhaps ill-conceived. Many will consider Amoris laetitia (‘joy of love’) too gracious about sexual desire, the pursuit of pleasure, divorce and other arguably sinful aspects of modern family life. That aside, presumably nothing more than serendipity was involved in the timing of the missive. It was released the day before news broke of a secret premarital affair that resulted in an illegitimate baby destined to become, er, the Archbishop of Canterbury, leader of the Church of England and symbolic head of the worldwide Anglican Communion.

Foreigners never cease to comment on the bad manners of Portuguese drivers and in particular their insistence on tailgating. A new survey has revealed that 57% of motorists in the UK act more aggressively when behind the wheel. Over 30% of those questioned admitted to swearing at strangers while driving. A third confessed to having beeped their horn aggressively. Fully 11% said they had deliberately tailgated another vehicle. Could it be that British drivers are catching up on their Portuguese counterparts?

Japan’s Institute of Cetacean Research sent its whaling fleet into the Southern Ocean during their summer months, ostensibly for scientific studies. Now a website promoting gourmet recipes and tips on how to prepare and cook whale meat has been exposed as being hosted by the very same Japanese ‘research’ institute. In entirely coincidental and unrelated news, Tomoaki Kanazawa, a Japanese chef living in Portugal, will be demonstrating Eastern techniques of preparing seafood during the ninth annual Fish and Flavours festival which opened last Thursday and runs until April 17. The expected 20,000 visitors need not fear. Cetacean steak will not be on the menu.

Lisbon’s bathroom laws may come under scrutiny prior to rock star Bruce Springsteen’s scheduled performance in the capital on May 19. He cancelled a concert in North Carolina last Friday in protest about a new state law there that says transgender people can only use bathroom facilities that correspond to the gender featured on their birth certificate, not their current appearance. Perhaps separate ‘homens’ and ‘mulhers’ facilities are outrageously sexist and should be banned?

The first sound of ‘Cuc-koo, cuc-koo’ in Britain inspires letters to The Times newspaper. Mindful that the UK is still a member of the EU and Brits might be interested in Schengen species, an expat wrote to The Times from the Algarve saying he had just heard the first Hoopoe. Incidentally, Hoopoes in Portugal start calling to attract a partner not in April but in February. And strictly speaking, they don’t ‘hoo-poo, hoo-poo.’’ Rude as it may seem, they ‘ poop-poop, poop-poop.’ 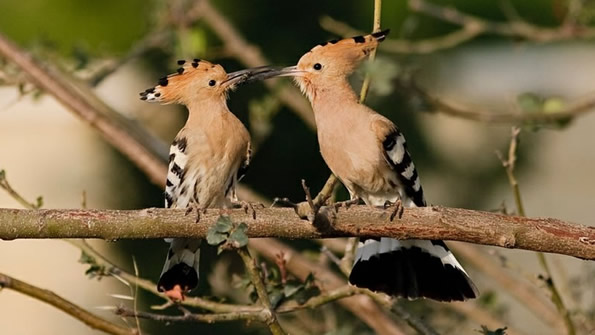