The Week: It’s all down to numbers – By Len Port 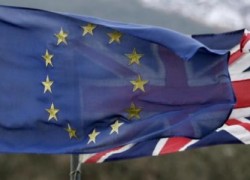 As Portugal, other EU members and even the United States wait with bated breath, it seems that Britain’s referendum on staying or leaving is likely to go down to the wire. The expatriate vote could be decisive, it is said. But does anyone have any idea how many expatriates are out there? The Labour Party leader Jeremy Corbyn told TV viewers, “there are nearly three-quarters of a million British people living in Spain and over two million living in other parts of Europe.” Completely wrong, according to the BBC. The Beeb reckons the true figure for UK-born permanent residents in Spain is 306,000, and for the EU as a whole 1.2 million. The generally accepted figure for British expats in Portugal is only 40,000. No one knows how many of these are eligible to vote. Every vote counts, as they say, but given the confusion and contradictions in the ongoing referendum rigmarole, how many eligible voters will bother?

McCanns v. Amaral
The libel legal battle started seven years ago. Kate and Gerry McCann sought €1.2 million in damages. A court in Lisbon awarded half a million plus interest last April. This week, freedom of expression prevailed over privacy. Gonçalo Amaral won his appeal and will not have to pay anything. At least for the time being. The McCanns are apparently planning to take the matter to Portugal’s Supreme Court. After that, Amaral may sue Madeleine’s parents for hundreds of thousands in compensation for financial losses and harm to his reputation. No end to the matter is in sight. It could go on for years to come.

Kidnap case
In an even more elongated, complicated and highly unusual case, former CIA operative Sabrina de Sousa, 60, is facing imminent extradition from Portugal to Italy. She is accused of involvement in the kidnapping of an Egyptian cleric in Milan more than 13 years ago. Along with 25 other Americans, she was convicted in absentia by Italian courts and sentenced to four years imprisonment. As a dual American and Portuguese citizen, she would have avoided the threat of imprisonment had she remained in the US. Last spring, however, she moved to Portugal to be with her relatives. Some months later, she was detained at Lisbon airport on a European arrest warrant. On the day of the kidnapping, Sabrina de Sousa had been chaperoning a group from her son’s high school on a ski trip in northern Italy. Although she has always maintained she played no part in the kidnapping, Portugal’s highest court this week confirmed that she should be sent to Italy as soon as May 4.

Irish invasion
Many more Irish eyes are expected to be smiling (behind sunglasses) in tucked away places in Portugal this summer. A big green booking surge is expected over the next few weeks. Not only is Portugal far from the maelstrom at the opposite end of the Mediterranean, but the price of meals and drinks here is alluringly low. Pat Dawson, CEO of the Irish Travel Agents Association, says the focus will be away from the Algarve and Lisbon and “on country places that are not overpopulated or overcrowded, as many people don’t want to be on a beach with 10,000 people, they want small places and to meet the locals.” That lessens the chances of finding a pub serving draft Guinness. The good news is that a bottle of lager in Portugal is a quarter, yes a quarter, of the price in Ireland.

Pets and people
Amid valid concerns about the extent of animal cruelty, Portugal’s Minister for Justice, Francisca Van Dunem, reportedly dislikes animals being considered “objects”. She has suggested that the legal status of animals be elevated to somewhere between “objects” and “humans”. Many animal lovers would prefer a classification on a par with humans. Some might even suggest that certain types of people should be downgraded from “humans” to somewhere below “objects”.

Coming soon
Two big celebrations on Monday, 25th April. The big one in Portugal: the 42nd anniversary of the ‘Carnation Revolution,’ On the same day in the US and more than 30 other countries many thousands of older women will be celebrating Red Hat Day. Will any Red Hatters appear in Portugal? Let’s see.