The Week: Good and bad from abroad – By Len Port 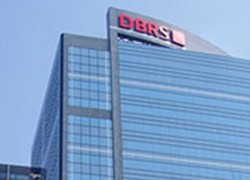 A potentially disastrous setback for Portugal’s economic recovery was averted with Friday’s announcement that Canada’s DBRS agency has upheld Portugal’s only investment-grade credit rating. A much-feared downgrade to junk status in line with that of the other main agencies — Fitch, Moody’s and Standard & Poor’s — would have seen Portugal cast out the European Central bond-buying program and raised borrowing costs for the government, banks and companies. DBRS said its latest positive rating review reflected “Portugal’s eurozone membership and favorable public debt maturity structure, and reduced vulnerabilities.”

Timely encouragement for the people of Portugal and the rest of the befuddled EU from a visiting foreigner. President Barack Obama told Europeans they were facing a “defining moment”. The world needs a strong, democratic and united Europe to guard against rising intolerance and authoritarianism within the European Union and across the globe, said Obama in a televised pep talk at the beginning of the week in Hanover, Germany. “Perhaps you need an outsider to remind you of the magnitude of what you have achieved from the ruins of the Second World War,” he told his Europewide audience. Europeans should not retreat from the extraordinary achievements of the postwar years, but consolidate them and repudiate those who want to turn back to the narrow nationalism of the past. Almost 60 years after the founding of the European Union, what is needed is a renewal of confidence and a rejection of populist politics on the far left and far right. Obama advocated a unified, peaceful, liberal, and pluralistic, free-market Europe, not one that doubts itself and thus empowers those who argue that democracy can’t work.

In a speech in Washington on Wednesday, Donald Trump had nothing good to say about Obama or Europeans. He lambasted Obama and Hillary Clinton for their “reckless, rudderless and aimless foreign policy.” He promised to save “humanity itself”, first and foremost the USA, but had a dig at NATO’s “outdated mission” and insisted that America’s European allies are “not paying their fair share.” By contrast, the Secretary General of NATO Jens Stoltenberg in a meeting with Prime Minister António Costa last month thanked Portugal for its strong commitment to the transatlantic alliance, its active role in political debates, and its concrete contributions to NATO missions and operations.

Seemed like a poke in the eye for Putin as the good ship Creole Spirit sailed into the Portuguese port of Sines this week. She was laden with a first shipment from the United States to Europe of liquefied natural gas. Similar shipments from Houston, Texas, to France and the UK are planned for some future date. The United States is the world’s biggest producer of natural gas. Russia has long been dominating the market and supplying Europe with a third of its natural gas needs. Attitudes changed with the imposition of sanctions against Russia because of the conflict in Ukraine. According to Deutsch Bank, the United States could become Europe’s main natural gas supplier — but not for another 10 years or so. 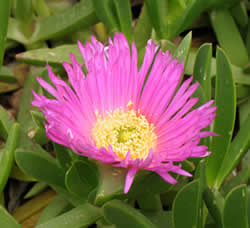 How can a ground-hugging plant with beautiful flowers seriously interfere with a graceful bird that spends most of its life gliding wide and free over the open sea? The exotic Hottentot Fig or ‘ice plant’, native to southern Africa, was introduced to the Mediterranean region for medicinal and ornamental purposes a few decades ago. It went wild. Dense carpets spread along the Portuguese coastline, killing endemic plants in many places, including the Berlengas archipelago north of Lisbon, the Azores and Madeira. Large numbers of Cory’s Shearwaters come ashore on these islands at this time of year to breed, but the Hottentots have been blocking their nesting burrows. In a project started in 2014 and not scheduled to end until September 2018, up to 40 volunteers and technicians from the Portuguese bird society SPEA are working on the Berlengas islands to eradicate the invasive plants and give the shearwaters the space they deserve.