The State of Portuguese-American Health Disparities 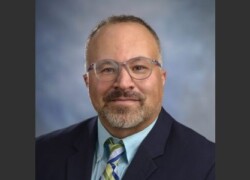 The states of Hawaii and California were also desirable immigration attraction for Azoreans to work in the agricultural and farming industries. In the last 20 years, the state of Florida has become a retirement center, now hosting several communities of Portuguese American retirees and former residents of the New England states, New Jersey, and New York.1 Additionally, many second and third generation Portuguese Americans have relocated to Texas, Nevada, Oregon, New Hampshire, Maine, and Vermont in search of new professional and economic opportunities.1

The weak presence of published literature on health disparities poses a problem for addressing the health needs of Portuguese Americans. The earliest call for health disparities and services research was a 1974 article published by Francis Rogers.5 Health and medical topics discussed in Roger’s original article included a need for tuberculosis prevention and folklore medical practices, as well as general health outcomes and incidence rates of disease among Portuguese immigrants. Out of the 15-page article, approximately six sentences addressed health, medicine, and folklore medicine. Roger’s focus on medicine was limited but was also a call to action for Portuguese Americans, and other researchers, to focus on health and medicine for Portuguese American communities. Since the 1970s, this call to action was heard by few. Before 1999, a total of eight published peer reviewed articles addressed health or medical concerns of Portuguese Americans, with the earliest being Roger’s 1974 article. Since 2000, approximately 30 articles have been published and addressed a variety of health disparities topics from mental health to cancer.

Within the public health and medical literature, Portuguese Americans are considered both White and part of the Latino ethnic identity.7-9 The members of the Hispanic Congressional Caucus have current members who are of Azorean and Portuguese ancestry and that includes U.S. Representative Lori Ann Loureiro Trahan (parents are Azorean and from Mainland Portugal), and U.S. Representative Devin Nunes (both parents are Azorean), and Former U.S. Senator Ben Nighthorse Campbell (mother was Portuguese). Through the Portuguese American Leadership Council (PALCUS) ‘Make Portuguese Count’ campaign for the 2020 United States Census, those of Portuguese ancestry are encouraged to identify themselves as Portuguese. In other words, for PALCUS, Portuguese American are White and not considered Latino.

These three programs explore emerging frontiers in science with a global application through education, research and commercializing new discoveries. At the time of writing this article, there are no Portuguese and American partnerships focused on public health and/or medicine. Lastly, as a result of new public health and medical partnerships, research initiatives between Portuguese and non-Portuguese students may occur and result in a shared cross Atlantic collaborative research projects exploring the health disparities of Portuguese communities. These cross Atlantic collaborative partnerships could lead to the development of online course student projects in which students from Portugal and the United States learn from each other. There is still much to do to understand and address Portuguese American health disparities, and the goal of this article is to stimulate future conversations.

I would like to thank Dr. Tiago Villanueva, editor-in-chief of Acta Médica Portuguesa, for his interest of Portuguese American in health disparities.

This article was originally published in Acta Médica Portuguesa, Volume 34, No 3, as The State of Portuguese-American Health Disparities and is reprinted with permission.

Carlos A. O. Pavão MPA, PhD is a Clinical Assistant Professor in the Undergraduate Program at the School of Public Health at Georgia State University.