The Portuguese language has a bright future – Portugal 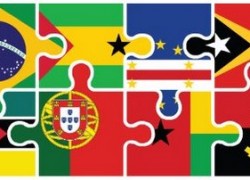 After a significant decrease in enrollment in recent years, the Portuguese language “is exploding in many regions of the world, offering employment opportunities, if not in Portugal, elsewhere in the world,” said Ana Paula Laborinho the president of Lisbon-based Instituto Camões (IC).

Ana Paula Laborinho made the statement in Lisbon, Thursday, at the international conference dedicated to the African literature in the Portuguese language.

In her statement, Laborinho made an appeal to young students around the world to grab the opportunity to learn the language and enroll in Portuguese classes.

Most of the investment goes to pay for personnel expenses of about 522 Portuguese language teachers worldwide.

Sponsored by the Portuguese Government, under the Ministry of Foreign Affairs, the institute runs multiple centers in 24 countries, including the United States.

Portuguese is spoken in approximately 250 million people in Portugal, Brazil, and other former Portuguese colonies, namely Angola, Mozambique and Cape Verde. It is the eighth most spoken language worldwide and the third most spoken European language in the world.