The New Yorker: A look at Portugal’s drug experiment – Podcast 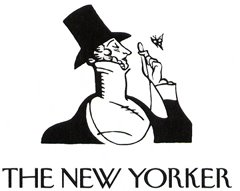 The New Yorker Out Loud online edition looks at a decade of drug use decriminalization policies in Portugal. Last week, reporter at large Michael Specter and commentator Blake Eskin discussed live how Portugal’s response to drug abuse, as public health issue rather than a crime, can offer lessons to the United States.

Rather than criminalizing drug users, those found in possession of drugs are being sent to a “dissuasion commission” or “dissuasion board” for treatment by social workers and psychologists.

The result is that Portugal now has one of Europe’s lowest lifetime rates for cannabis and heroin abuse. Drug use among teens has declined; rates of HIV infections caused by sharing used needles have dropped; and the number of drug users seeking treatment has more than doubled.

A podcast is available through iTunes, or through the  Feeds page.