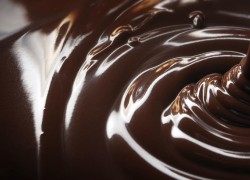 The Professional School of Praia da Vitória, Terceira, in partnership with the European Association of Hotel and Tourism Schools (AEHT) is holding the II International Chocolate Festival on Terceira island taking place December 9-11.

The main objective of the event is for students and teachers to meet, share experiences and learn about the art of chocolate creation by providing the means of communication between European Hotel and Tourism Schools.

The Festival is taking place at the Academia de Juventude e das Artes da Ilha Terceira and  is limited to 10 teams representing different countries. The contestants cannot be over 20 years old and must be students of the schools represented.

AEHT is also sponsoring the “Azorean Pineapple Festival” to be held April 25-29, in Ponta Delgada on the island of São Miguel in 2012.