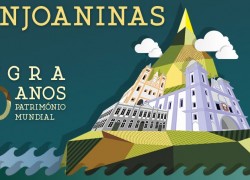 The traditional Sanjoaninas Festival will take place on Terceira Island from June 20 to June 28 attracting thousands of visitors.

Under the theme “Angra: 30 years of World Heritage,” this year the festival will celebrate the historic and cultural legacy of Angra do Heroísmo city which is listed as a  World Heritage site (1984) by UNESCO.

Named after São João (St. John) the Patron Saint of Terceira, the celebrations are the biggest secular festivities in the Azores dating back to the 16th century. They showcase Terceira’s historic legacy and cultural heritage and mark the highest tourism season for the island attracting many tourists and emigrants returning home to celebrate the festas with relatives and friends..

According to tradition, the celebrations open with the Rainha [Queen] parade and includes many highlights such as a Portuguese style bullfighting in addition to the Terceira style touradas à corda [rope bullfights] a local bullfight tradition similar to the Spanish running of the bulls.

Over the years, the festival has evolved to become a combination of religious celebrations and secular traditions which include religious displays, cultural and ethnographic events and recreational sports activities. The feast also features jubilant marches and parades portraying the culture and ethnic pride of the people on the island. One highlight is the choreographed danças with groups of performers presenting street dancing routines. The Sanjoaninas festivities also feature the famous culinary and gastronomy typical of the island of Terceira.

The celebrations will be broadcast online to the United States and Canada via RTP/International here.