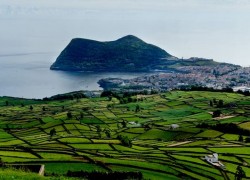 Co-sponsored by the University of the Azores, among other partners, the Island Biology 2016 international conference will bring together biologists from around the world to discuss the most recent research in the biology of island species and ecosystems.

According to the program, the conference will include poster presentations, plenary and regular sessions, and will host a high number of Symposia, aimed to accommodate specialized discussions in topical areas in Island Biology.

The expectation is that the pioneering ideas, leading theories, novel methodological approaches and recent ground-breaking results presented at this conference will provide advances in island biology research and guidelines for the future development of this field.

In addition, the interdisciplinary expertise of participants is expected to contribute to decision-making concerning effective conservation planning strategies in Island Ecosystems, following the inspiration provided by the Declaration of the Guadeloupe 2014 International Conference on Biodiversity and Climate Change.