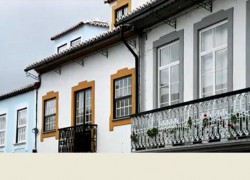 For the last five years, the program has been providing international students with academic activities combined with linguistic and cultural immersion on the island community and host families.

Applications are open for 2013, with student being able to choose one of three sessions running from May 15 to September 2. Candidates will be interviewed, screened and selected. A final decision will be announced February 15, 2013.

Limited scholarships are available and will be awarded based on financial need.  The application deadline is December 8, 2012.

The Atlantis Project was created and is managed by João Toste, a former graduate student at the University of North Carolina at Chapel Hill (UNC-Chapel Hill.

About 80 students from UNC-Chapel Hill, Harvard University, Brown University, and the University of Chicago, among other institutions, have attended the program.

Terceira is the second most populated (55,000) and third largest Azorean island. In 1983, Angra do Heroismo became a UNESCO World Heritage Site for its well preserved 16th century Portuguese colonial architecture and historic monuments.