“Tempests and other natural disasters in the literary imagination” – Conference 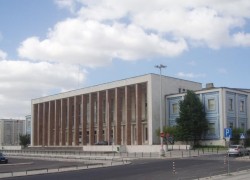 The Center for English, Translation and Anglo-Portuguese Studies (CETAPS), at the University of Lisbon, Portugal, is sponsoring an international conference evocative of the fourth-hundred anniversary of Shakespeare’s “The Tempest,” schedule for December 1-3, 2011.

Contributions drawing on texts from a variety of periods and traditions are welcome, including views on representations of nature in turmoil that involve an extension from writing to other discourses and media.

Extended deadline for proposals is July 25. For more information >>