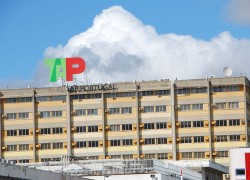 Trouble with an engine forced one of Portugal’s TAP passenger jets to make an emergency landing in Salvador — northeastern Brazil — just two hours after taking off from Rio de Janeiro, Friday night.

TAP issued a statement Saturday saying that a “technical problem” in one of the engines of the Airbus A330 forced the jet carrying 229 passengers to land in the city of Salvador.

The statement did not elaborate but the passengers of Flight 186 were taken to a hotel in Salvador and are scheduled to continue their trip Saturday.

According to The Aviation Herald  a passenger reported that there was smoke in the cabin. Other passengers tweeted about smoke, burning smell and failed lights in the cabin after a sound like an explosion.

The TAP Air Portugal Airbus A330-200, registration CS-TOG performing flight TP-186 from Rio de Janeiro, RJ (Brazil) to Lisbon (Portugal) with 227 passengers, was enroute near Salvador, BA (Brazil), when the crew reported an engine (PW4168) had to be shut down and decided to divert to Salvador for a safe landing.

According to the JACDEC Airliner Safety Report released in January 2011, TAP Portugal was rated Western Europe’s safest airline and tied for fourth worldwide with three other airlines (Qantas, Air New Zealand, and Finnair).