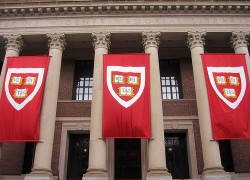 Harvard University, through the Department of Romance Languages and Literatures,  is hosting a symposium dedicated to the topic “Portuguese Language Teaching in the United States: Theory, Practice and Communities.”

Fausto Martin Sanctis, from the Regional Tribunal of São Paulo, Brazil, will be the keynote speaker addressing the “Judiciary Role in Education” as a topic.

Portuguese is a Romance language spoken by over 200 million people worldwide.