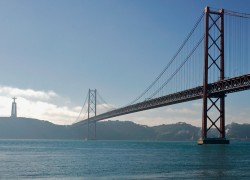 Lisbon-based Catholic University’s Center of Religious and Cultural Studies reported Monday that there was a 7% drop in the numbers of Portuguese citizens declaring themselves of the Catholic faith.

Data from a 2011 survey was compared with data from 1999 showing that the total number of Portuguese citizens describing themselves as Catholic had fallen from 86.9% to 79.5%, a 7.4% drop in the decade.

The last decade has been more promising for Protestant and Evangelical churches that saw their followers rise from 0.3% to 2.8%.

In turn, when questioned further, a third of individuals in the non-faith category said they did not agree with the rules handed down by any doctrine or faith, while 22% could not agree with the moral rules and 12% pointing to the bad example set by members of the clergy.