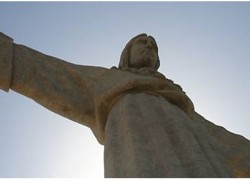 Catholics in Portugal want an inclusive church that does not discriminate against the children of non-traditional families, such as homosexuals, unmarried couples or divorcees, a Vatican-sponsored questionnaire on family-related issues has found, the Portuguese Episcopal Conference (CEP) announced on Thursday.

“The cases of families that are not in line with canonical norms are presented as pastoral challenges so that the Church is ever more, like its founder Jesus Christ, welcoming and inclusive, making its way towards the goal of the Christian ideal, with the demand that it be merciful,” according to a document on the survey’s results sent to Lusa by the CEP.

According to the document, the findings were “particularly marked” that “there must not be any kind of discrimination in relation to the children of couples who are not in line with ecclesiastical norms, rather they must receive special attention and welcome that also involves the parents.”

The questionnaire was returned by “a great variety of people” including some non-Catholics, despite its being a complex undertaking comprising dozens of questions, the CEP said. The Lisbon patriarchate alone received more than 13,000 responses, many of them online.

The replies show that people were pleased that ordinary Catholics were being consulted, rather than just the hierarchy, and that the questionnaire dealt “with realism” with “the families of today, just as they are”, according to the CEP.

Results from dioceses around the country were collated and then summarized and sent to Rome at the end of last month.

The Vatican sent the questionnaire out to episcopal conferences around the world in November. The results are to be used in preparing an extraordinary general assembly of the Synod of Bishops, an advisory body for the Pope, that is to take place in Rome in October, with the theme of ‘The pastoral challenges of the family in the context of evangelization’.