Survey: Portuguese are the most dissatisfied and distrustful among their European peers – EU, Brussels 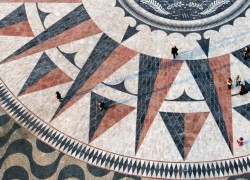 According to the latest Standard Eurobarometer opinion poll, conducted for the European Commission, the Portuguese rank as the most dissatisfied and miserable among their European peers with 52% fearing that the impact of the recession is still to worsen.

The survey also revealed that 96% of the Portuguese inquired deemed the economic situation “bad” while 85% expressed little or no confidence in the state against the 68% European average.

Overall, the poll reported that 47% of European Union citizens are more optimistic about the future while 44% fear the next twelve months will bring a further downturn in the economic outlook. Trust in the European Union is at its lowest level since records began in 1997, with less than one in three expressing trust in the EU in 2013.

However, the survey has revealed that EU citizens who feel their voice counts in the EU has risen from 29% to 42 % and that 65% of Europeans feel like an EU citizen, up from 59% in 2013. Support for the Euro is also on the rise while people are more optimistic about the future of the EU.

Released July 25, the Eurobarometer survey is the first European Union wide opinion poll conducted since the European Parliament elections in May which were organized under the slogan “This time it’s different.”

Standard and Special Eurobarometer surveys are conducted in two waves per year, consisting of approximately 1,000 face-to-face interviews in the 28 EU member states. The Spring 2014 “Standard Eurobarometer” was conducted between 31 May and 14 June 2014 with a total of 32,689 participants.

The surveys comprise of a series of multi-topic surveys undertaken for the European Commission on attitudes towards European integration, institutions, policies, social conditions, health, culture, the economy, citizenship, security, information technology, the environment and other topics.

The Eurobarometer report is available here.