Survey: One quarter of the national wealth owned by 1% of the population – Portugal 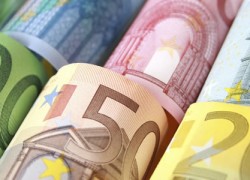 In Portugal the richest 1% of the population owns one quarter (21%) of the country’s wealth, according to a survey by Philip Vermeulen, a senior economist at the European Central Bank.

Among the nine countries in the Eurozone analyzed, Portugal is the third country with a greater concentration of wealth, just behind Austria and Germany.

According to Vermeulen, because the study is not conclusive, for Portugal numbers closer to reality could be much higher between 25% to 26%.

“Our knowledge of the wealth distribution is less than perfect,” said Vermeulen. “The results clearly indicate that survey wealth estimates are very likely to underestimate wealth at the top,” he concluded.

The survey also revealed that the top 1% of Americans and Europeans own a much bigger slice of national wealth than is has been reported.

Vermeulen has suggested that by combining surveys with wealth reports a far clearer picture would be achieved. In his report findings, he refers to a so-called “tail wealth”, which is underreporting of assets of participating households.

“Richer households have lower response rates than poorer households,” Vermeulen remarked. “Diﬀerential non-response can often not be remedied by adjustment of survey weights, as wealth of the non-responding households remains unobserved,” he said.

For Vermeulen the top 1% of American citizens may hold up to 37% of the nation’s wealth. That  is higher than the 34% suggested by the 2010 US Survey of Consumer Finance Data from the Federal Reserve.

Vermeulen used the data from Forbes billionaires’ lists as well as the Survey of Consumer Finances by the US Federal Reserve and Europe’s Household Finance and Consumption Survey in order to create his report.