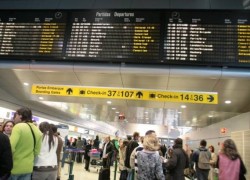 In the survey, conducted between December 2016 and April 2017 in the Portuguese diaspora, with a special focus on Europe, the majority of responds was aged between 30 and 39 years, had a post-secondary education, with women leading 50.6% against 49.4% of men.

Of those surveyed, more than half (56.4%) have indicated they would like to return to Portugal to start their own business, while 35% respondents indicating they don’t think about returning.

Regarding the timetable for returning, 40.5% indicated  returning within the next five years, while 27.2% considered the next three years. Yet, of those thinking of returning,  only 31.4% said they would consider doing it, while only 8.4% said of they had made plans to return.

Of those who do not plan to return, 57.8% indicated they were held back due to “limited career opportunities”; 52% due to “the low salaries “; 41.5% due to “few job opportunities” in the area of expertise; and 40% cited “economic instability.”

Portugal is the EU country with the second highest emigration rate in proportion of its population. There are more than 2.3 million Portuguese living abroad, the majority of them in Europe. In 2015, the UK took in 32,301 Portuguese, followed by France (18,48), Switzerland (12,325) and Germany (9,195).