Study: Portuguese population to decline to less than half before 2100 – Portugal 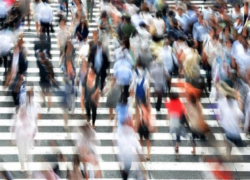 Portugal is among the top 23 nations in the world whose population may decline the most, to less than half before 2100, between the reference values of 3.43 million and 6.1 million people, according to research published this week by the Lancet magazine

Currently the total population of Portugal stands at 10.68 million (2017).

The model also reveals that worldwide the drop in the fertility rate, the average number of children per woman, which was 2.37 in 2017, will not exceed 1.66 in the year 2100.

In 2017, the fertility rate in Portugal amounted to 1.42 children per woman.

Therefore, the number of children under the age of five may decrease worldwide by 41 percent in the next 80 years, from 681 million to 401 million, while people over 80 years could increase six-fold, from 141 million to 866 million.  Whoever is born now will live at least until the age of 80.

At the end of the century, the world will be multipolar, with India, Nigeria, China and the United States as dominant powers, the study has projected.

The study was presented by researchers at the University of Washington.