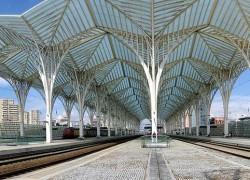 Widespread cancellations have been confirmed, with effects of the strike to be felt from late Monday, December 31, through Wednesday January 2. Cancellations will primarily affect services in Portugal’s two major metropolitan areas of Lisbon and Porto.

A union respresentative said that minnmal services would not be granted during the srike. Most of the country’s railway, including bus and underground services, were also shut down on Christmas Day as strike warnings were issued for the period from 18 December to 2 January.

Train engineers have called the strikes and a boycott of overtime through the end of next month, to protest what they describe as “illegal disciplinary processes” against some members.

This year, Portugal has been afflicted by strikes with workers demonstrating against severe austerity reforms introduced by the government to avoid bankruptcy.

Transportation workers are targeting major holidays to protest against changes to their working practices following the new Employment Code coming into effect on August 1st.

Bus drivers’ unions have also  said to expected  partial strikesthatbetween  January1 and  March 31, 2013. Union leader Manuel Oliveira told Lusa that the buses in Porto (STCP) would stay in the garages on public holidays while in Lisbon the Carris buses would have an overtime strike.

In 2011, Portugal became the third in the EU to be bailed out by international creditors after negotiating a deal worth Euro78 billion ($101.5 billion) from the European Union, the International Monetary Fund and the European Central Bank.