Statistics: Birth rate dips again to one of the lowest in the world – Portugal 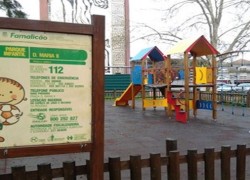 The number of births in Portugal dipped again in the first half of this year according to statistics released by the National Program on Early Diagnosis, the newborn vaccination national program.

The drop in births since 2008 has been so severe that slew of maternity wards are being closed and hundreds of schools are closing nationwide.

Yet, Portugal has the sixth lowest infant mortality rate in the European Union (EU), but life expectancy is lower that the community average according to a another report released by the European Commission (EC).

According to the report on “health inequalities”, the infant mortality rate in Portugal went down from 5 children per 1,000 live births in 2001 to 3.1 in 2011, which is the sixth lowest in the EU, where the average is 3.9.

In terms of life expectancy, men in Portugal can expect to have 60.7 years of healthy life, while women can expect 58.7 years, figures that are below the European averages of 61.8 and 62.2.