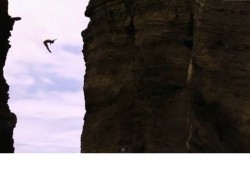 The third leg of this international competition will take place Saturday, June 29, starting at 10:00am, on the Islet Vila Franca do Campo, a remote offshore spot formed by the remains of a collapsed underwater ancient volcano.

The Red Bull Cliff Diving World Series is watched by crowds traveling from around the world to different destinations to attend these extreme sports events. Divers jump from a platform at a height ranging from 26–28 m, off various structures, each one posing its own unique challenge.

Diving directly off the cliff allows the athletes to perform their two required dives, directly from the rocks, in a spectacular moment for the divers as well as the spectators.

Classified as a Nature Reserve, the Islet of Vila Franca do Campo is home to many species of birds, crustaceans and flora. The Islet is named after Vila Franca do Campo, the town next to where the islet was formed. This is the second time the seven stop sport event will be held on the Azores. 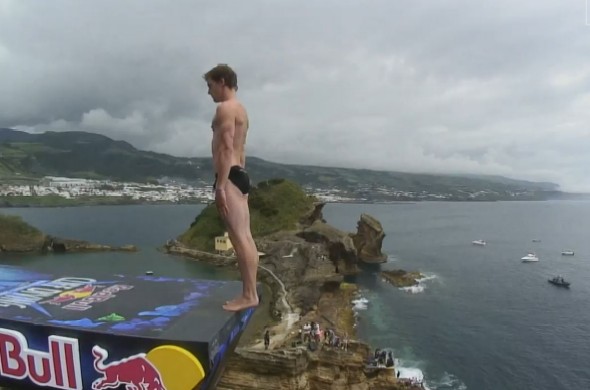 All events in this 2013 series