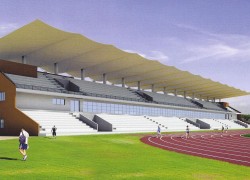 Portugal is withdrawing their football team and some high-ranking athletes from the Lusofonia Games 2014, to be held January 18-29 in Goa, The Times of India reported Wednesday.

The Lusofonia Games [Jogos da Lusofonia], similar to the Commonwealth Games for former British colonies, involve athletes from the former Portuguese colonies. Goa was ruled by the Portuguese from 1510 until 1961.

Portugal’s decision may be linked to recent reports that the Nehru Stadium, in Fatorda, was infested with malaria. According to a press release by the local health authorities, about 70 per cent of the cases detected “were from migrant construction workers.”

“Portugal feared a malaria outbreak during the Lusofonia Games. I don’t know how they arrived at that conclusion because, as everyone would know, there are no such fears at all,” Lusofonia Games CEO, Keshav Chandra, told The Times of India.

Portugal, which had agreed to send their best football squad for the Games, “last week dropped a mail to suggest they were not keen on sending the football team,” taking the Lusofonia Games organizing committee (LUGOC) by surprise, reported the source.

Football will be a major draw at the Games, where the Portuguese 150-member football squad was expected to be the biggest attraction. The team would bring players from Benfica, Sporting and Porto, the three major Portuguese football leagues.

Portugal had previously pulled out their basketball and volleyball teams from the competition after the Lusofonia Games 2014 dates clashed with championships back home, it was reported.

The competition is organized by the ACOLOP, (Associação dos Comités Olímpicos de Língua Oficial Portuguesa) which involves athletes coming from the Portuguese-speaking countries, namely those belonging to the CPLP (Community of Portuguese Language Countries).