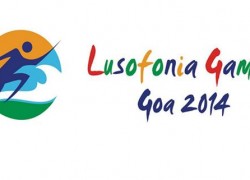 The third Lusofonia Games will take place in Goa, India, from Jan 18 to 29, in the new year. Over 1500 athletes and officials from 12 nations are expected to participate in the 12-day event.

As the commencement of the Lusofonia Games grows nearer, the Games launch event in Goa today will be introducing the official mascot alongside the debut of the official Games song. Moreover, the official torch of the Games will be unveiled to the public in the hands of India’s former track and field sprinter, Milkha Singh.

In order to showcase the harmony between participating contingents, the multilingual Games song has elements in the languages of Konkani, Portuguese, Marathi, Hindi and English, and will be performed by Goa’s two leading singers.

“The ethos of multiplicity is India’s rich cultural diversity,” stated the organizer in a press release, revealing that “mesmerizing” performances of various art forms have been prepared for the launch event, which is dedicated to every element of nature – fire, water, earth, air and ether.

Led by celebrated theatre director Bansi Kaul, the team behind the event features eminent personalities in fields such as vernacular theatre and Indian classical music. Alongside professional performing groups, students from a number of schools will also take part in the performances. Professional Indian tennis player Sania Mirza will also grace the occasion.